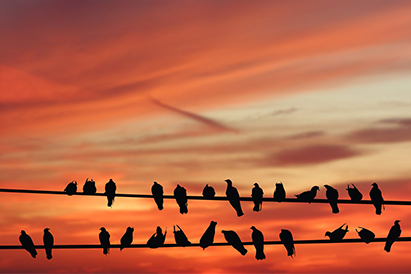 Watching a large flock of birds gliding in the sky, making beautiful formations, leaves you awestruck, doesn’t it? Have you ever wondered how do they manage to make organised patterns?  Why don’t they ever collide while flying in groups? 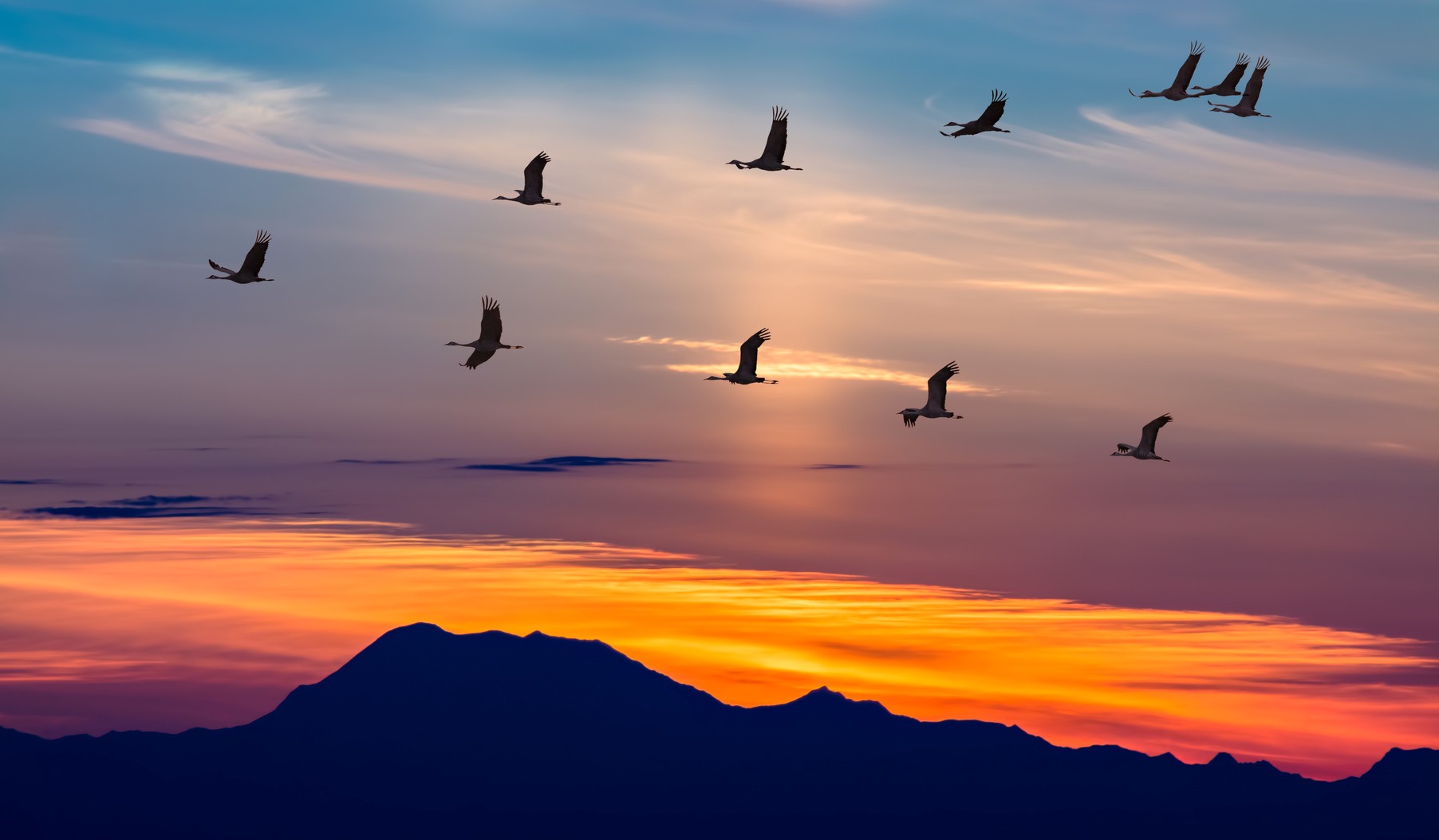 Here are the answers:

Why do birds fly in groups?

It also stays in groups so as to keep each other warm.  During winter, a small flock of birds stay together in a tiny space, bird boxes or hallow trees, to keep themselves warm.  A large flock on the other hand, congregate in a single tree to share their body heat.

How do they make patterns?

Birds fly in a parallel direction. They often copy the actions of the other birds in a flock, which is why it looks like they make patterns while flying. They use the air in an energy efficient way flying in ‘V’ shape, where each bird’s wing creates a different current. Such formations increase they flying distance without any breaks that is essential in long migrations.

Wayne Potts, a Zoologist, stated in his journal called NATURE, “Birds in flocks are able to change direction quickly not because they are following a leader, but because they see a movement far down the line and anticipate what to do next.” He called it Chorus-line Hypothesis for bird movement.

Do they collide while flying?

Since the birds do not practice the flying patters, do they have a chance of bumping into one another? The answer is No. There is alignment  as birds  try to match the average heading of its neighbors. It avoids flying close to one another which maintains the flock structure. This team ethic keeps the flock  heading to the same direction without colliding.

Also, read about our previous blog, Science Behind The Superstitions.
Subscribe to Engage Learning and improve the way your child learns.