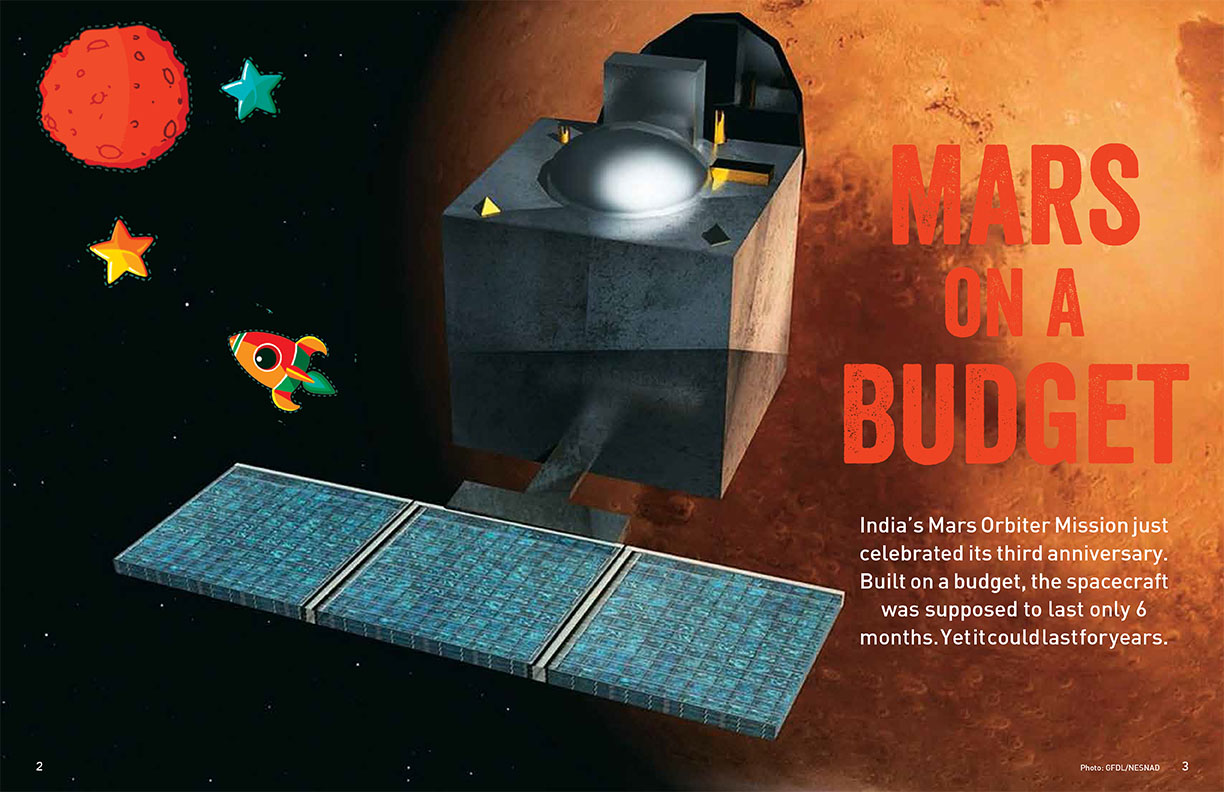 The countdown has already begun. India has big space plans. In 2009, a spacecraft discovered water on Earth’s moon. Then, three years ago, India became the first nation to successfully send a spacecraft to Mars on its first try.

Now India is thinking about sending another spacecraft to the moon. This spacecraft may include India’s first rover. The rover would land on the moon and travel across its surface. But Earth’s moon isn’t the only goal.

India’s space agency, the ISRO, is planning on sending a second spacecraft to Mars and another craft to Venus by 2022. Mangalyaan 2 would carry more scientific instruments than the first Mangalyaan. If India does launch a probe to Venus, it may study the planet’s carbon dioxide clouds.

These clouds are causing a runaway greenhouse effect on Venus. The gas is causing the temperature to increase. By studying Venus, scientists may learn more about Earth’s atmosphere and global climate change.In any case, India is emerging as a leader in space.

We can only wonder what amazing discoveries await. Perhaps one day, people will colonize Earth’s moon or Mars. Perhaps you will lead

Read more about India’s Mars Orbiter Mission, Mangalyaan, in Issue 1 of Engage Learning (Level 3, Level 4). Built on a budget, the spacecraft was supposed to last only 6 months. Yet it could last for years.

Also read about the Top 5 Scientists Of India